The Minister of State with special responsibility for Mental Health Jim Daly TD today (Friday 8th September) launched Connecting for Life Waterford – a new suicide prevention and self-harm plan for the area, which is the local implementation of Connecting for Life, Ireland’s National Strategy to Reduce Suicide 2015-2020. 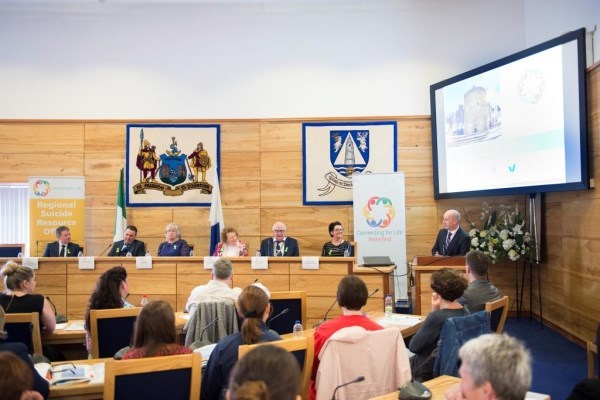 Facilitated by the HSE, Connecting for Life Waterford is the result of a comprehensive process of consultation and engagement. It involved the people of Waterford City and County and those who provide services to them, developing a roadmap to address suicide and self-harm in the area from now until 2020. The Minister was welcomed to the event by the Mayor of Waterford City and County, Cllr. Pat Nugent – who said the Local Authority was delighted to be associated with the assembly of the plan and would be very much involved in ensuring its implementation.

Speaking at the Official Launch of Connecting for Life Waterford at The Civic Offices in Dungarvan, Co. Waterford today, Minister Daly said:

“Each part of the country has developed its own suicide prevention and self-harm plan, linked to the national Connecting for Life strategy.  There has been a very collaborative process here in Waterford City and County and I would like to congratulate all those involved. I’m delighted to launch the Waterford plan, which reflects accountability and is responsive, evidence based and adaptive to change over its three year implementation period.

Connecting for Life Waterford, as with its application in other counties, sets out a vision where fewer lives are lost through suicide and where communities and individuals are empowered to improve their mental health and wellbeing. It's important that we all work together now to ensure the plan is implemented in full.” 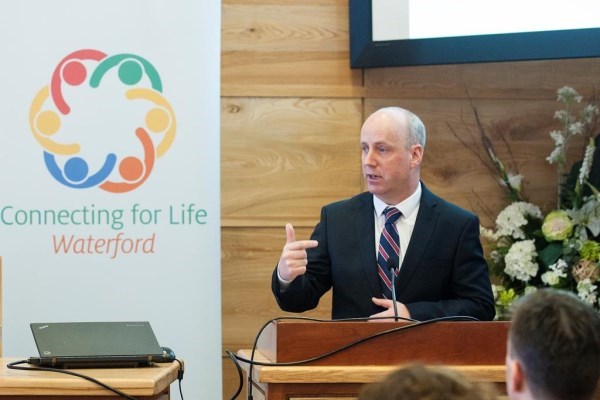 The audience at the launch also included local public representatives, mental health service users from Waterford, people bereaved by suicide and those from communities in the City and County who contributed during public meetings, focus groups and through submissions to the formation of Connecting for Life Waterford.

Speaking at the launch, Mr. John Meehan (Assistant National Director and the Lead for the HSE National Office for Suicide Prevention) said:

“Local implementation and empowering communities is a core component of the Connecting for Life strategy. We need to connect with ourselves, our families, our communities and the services that are on offer. Connecting for Life Waterford has been led by the HSE but developed in partnership with two multi-agency planning groups. The result is a new plan, which details the actions that various organisations – including the HSE – will implement to realise the vision of a County where fewer lives are lost through suicide.”

“Suicide prevention is everyone’s concern. Looking after our mental health is a cornerstone of improving the health of our people. It is as important as physical health. Throughout the health services, we have been putting structures in place to try to ensure that people get the right type of help and we look forward to this plan establishing better understanding of suicidal behaviour and supporting communities to prevent and respond.” 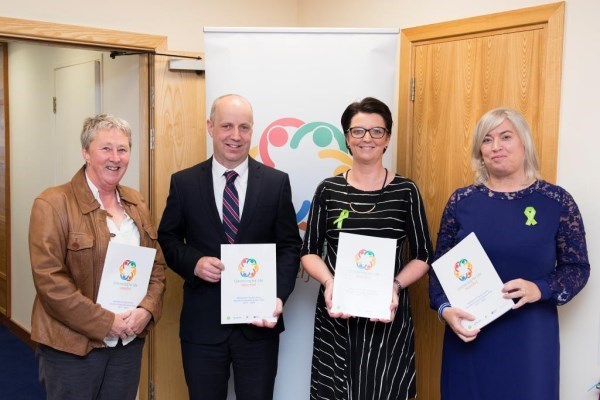 “The rate of suicide in the Waterford area is of concern. There is no part of our City and County that has not been affected. There is a sense of isolation for many. Our consultation process in Waterford was able to look at that in addition to feedback from priority groups like young people, the LGBTI community, the Traveller community, mental health service users, those living in rural isolation and those affected by drug/alcohol use to name but a few. I am looking forward to the plan building and acting on what has been learned.”

Bereavement Support and Information for Waterford Suicide Prevention in the Community, a Practical Guide

Suicide prevention is about promoting positive mental health and supporting people to learn a range of positive coping strategies so that they can better deal with difficulties in their lives. The information in this guide will be of practical use to groups of concerned people who come together in response to a suicide in their community. It aims to provide information to help make communities safer from suicide.